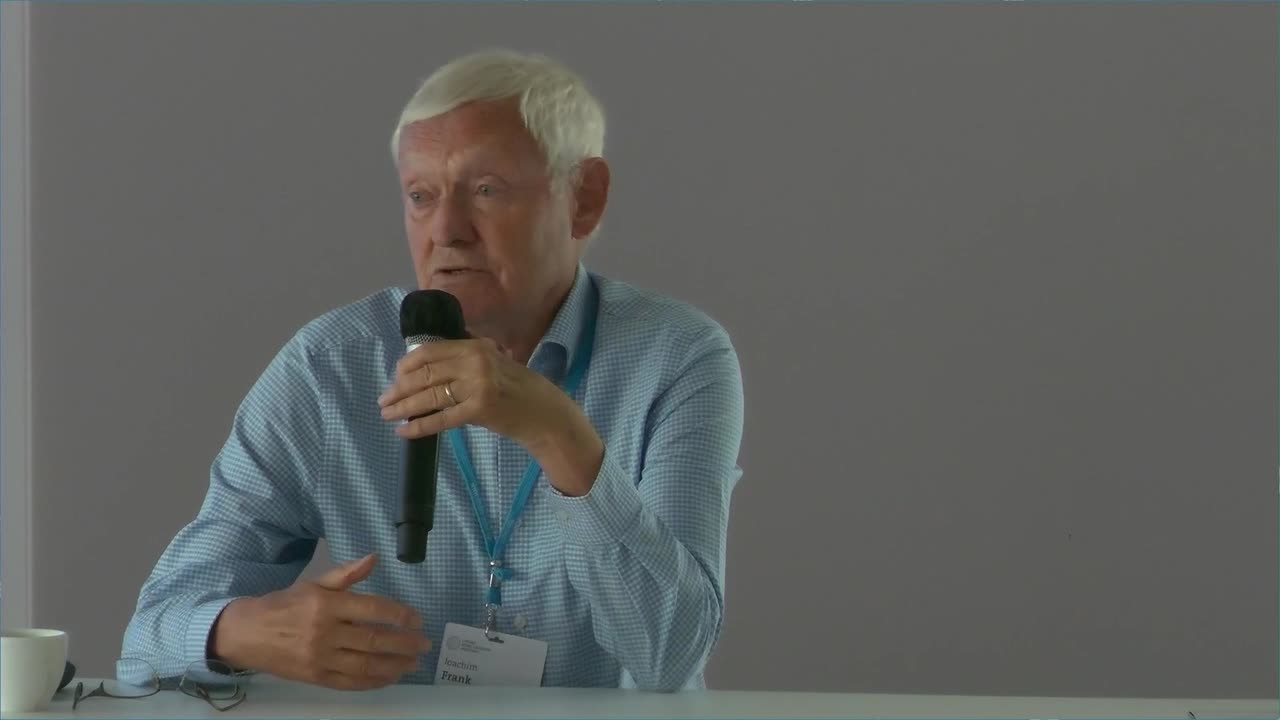 While the race to higher and higher resolution in cryo-EM is getting into territory that will add little to biologically relevant information, a promising relatively unexplored direction of single-particle cryo-EM is toward characterizing conformational changes of molecules both in thermal equilibrium and during reactions of two or more components leading to equilibrium. In my lab we have recently focused on two techniques, one computational, the other experimental, that go in this direction. The computational technique employs machine learning to characterize the continuum of states that coexist in a large ensemble of molecules captured by standard (pipetting/blotting) cryo-EM. Such a mapping of states carries information about the free energy landscape of the molecule. The experimental technique (mixing/spraying) employs a microfluidic device to follow a controlled reaction within a range of times (~10 – 1000 ms), too short to be captured by the standard method.