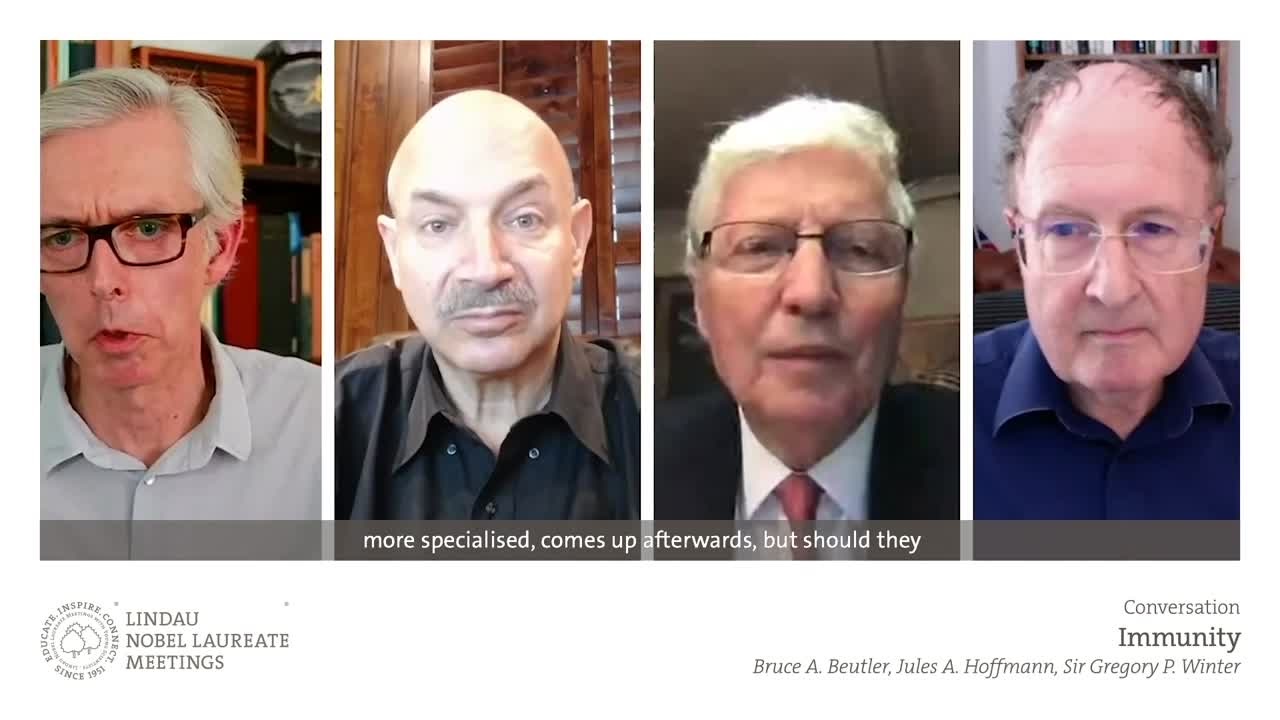 ﻿This discussion brought together the Nobel Prize Laureates in Physiology or Medicine from 2011 Bruce A. Beutler, Jules A. Hoffmann as well as Nobel Laureate in Chemistry from 2018 Sir Gregory P. Winter. The three Laureates explain the difference between the two main strands of immunobilogical response: the innate immunity, the only defence system against pathogens, and the adaptive immunity which only appeared more recently (450 million years ago) and is activated by the innate immune system.
Discussing these basics of the immune system lays the ground for further considerations of the panel for topics like the role of vaccines with the current COVID-19 pandemic or the genetic variation in immune response.
Learn more about the way which led the three participating Laureates from basic research to the applied fields for which they received their respective prizes and how this research could probably help us also to find answers with new diseases emerging.