Science Education in a Changing World 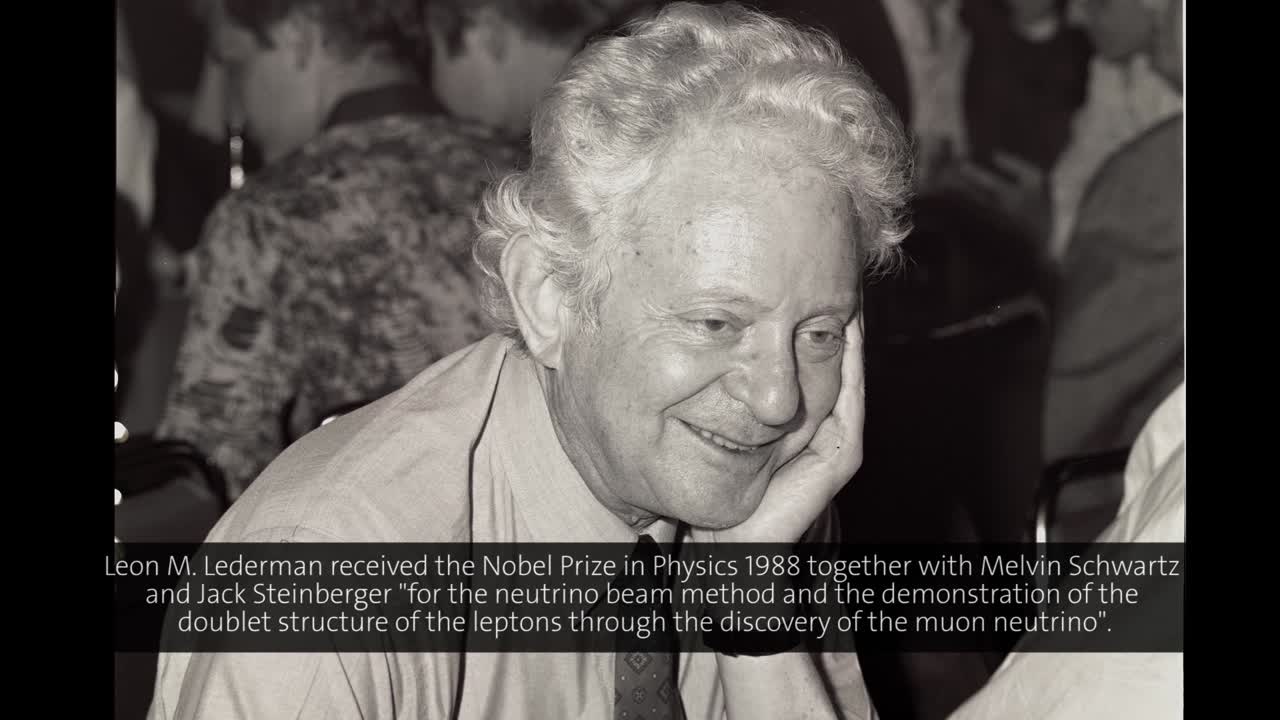 Advancements in neutrino research were long neglected by the Royal Swedish Academy of Sciences. Frederick Reines who had discovered the electron neutrino together with Clyde Cowan (1919-1974) in 1956 received a Nobel Prize in Physics almost forty years later in 1995. Leon Lederman was luckier. In 1988, he belonged to the trio who received the first neutrino related Nobel Prize in Physics. Together with Melvin Schwartz and Jack Steinberger Lederman had discovered the muon neutrino in the early 1960s. Their discovery was so important because it established the existence of a second family of elementary particles.

“I have offered the organizers a choice of topics and to my pleasure they choose science education”, Lederman justifies the non-scientific subject of his lecture. Referring to the US National Commission’s 1983 report “A Nation at Risk: The Imperative for Educational Reform” he emphasizes the importance of science education. Driven by a kind of interactive spiral “where science generates technology and technology then enables new science to grow” the world is changing at an accelerating pace. This development is - at least in the industrialized countries - associated with huge benefits such as economic prosperity, high standard of living, and increasing longevity. Yet it has also a dark side, exemplified by phenomena such as air pollution, global warming, destruction of biodiversity, and a widening welfare gap between the developed and the developing world. Consequently, Lederman says, the number of public policy controversies that requires scientific and technical knowledge is increasing. In his opinion, education in science, mathematics and technology has to address mainly three target groups: Young people to ensure a continuous flow of new scientists and engineers, the workforce of the industry to keep their skills adapted to the technological progress in their sector, and, above all, the general public - because the preservation of democratic government will depend on a sufficient public understanding of science and technology.

In the second part of his lecture, Leon Lederman describes his work for the Teachers Academy for Mathematics and Science in Chicago. His commitment is well motivated: 20.000 of the 24.000 teachers of the school system of Chicago and Illinois “must teach some math and science even if they are not trained to do so”. Of the 400.000 students (at the end of the 1980s), 60 percent lived below the poverty level, and 46 percent never finished high school. The educational bureaucracy was slow in coping with this challenge. At the same time, Chicago with all its universities and research institutions had enormous intellectual resources. This led to the foundation of the “Academy”, in which teachers were taught how to teach science to children. It rests on the fundamental belief that all children can learn and that “education breaks the cycle of poverty, lack of jobs, crime and so on”. Teachers can also learn - and scientists can make them familiar with improved techniques: Teach less information, but in greater depth; move away from simple transmission of knowledge to a student-centered stimulation of learning; replace textbooks by active investigation. “Activity-based - hands-on - playing and learning are the keywords”, Lederman argues and gives some examples of respective tuition techniques.

Turning directly to the young scientists in his audience at the end of his talk, Lederman reminds them that physics research is not as easy as it looks in all those fascinating lectures they had the privilege to witness in Lindau, but that it is rather “full of frustration and disappointment and agony if you are more or less a normal human being”. Nevertheless, he continues, “I recommend to you the life of a physicist. The subject literally dances with vitality. Physics is full of rewards. There is exciting challenge, there is incredible beauty and there is ultimate social utility, what more can you ask?” The audio tape records almost one minute of enthusiastic applause for Lederman’s warmhearted, humorous and ambitious talk.