Opportunities of Nutrition for Mankind and Chemistry (German presentation) 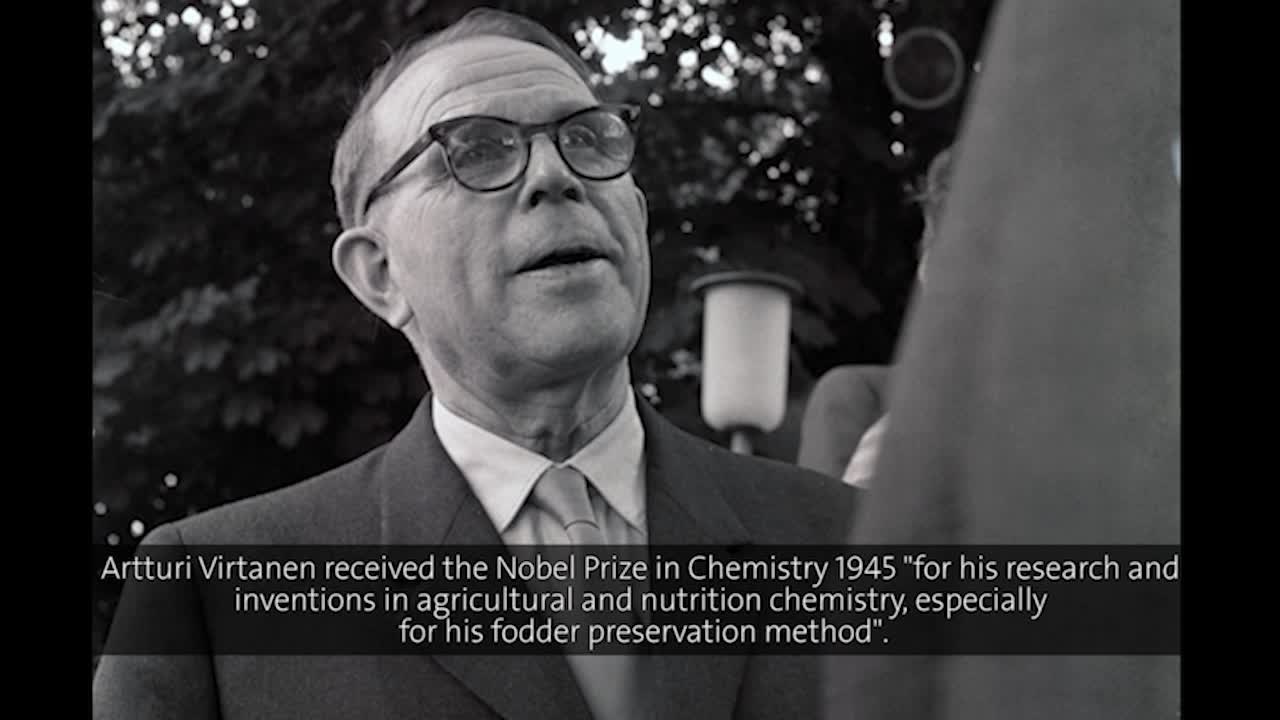 In this talk, which is given in the style of a historical review, Virtanen discusses the interplay of chemistry, agriculture, food and the rapid growth of the human population. In fact, overpopulation and the associated technical, ecological, scientific and moral challenges are issues frequently discussed at Lindau Nobel Laureate Meetings. In 2011, for example, half a century after Virtanen’s talk, 1974 Nobel Laureate Christian de Duve discussed the “Future of Life” in Lindau. De Duve took a rather pessimistic stance. Amongst other things he stated that “there are simply too many of us” and that “if we let things go, there won’t be enough food for everyone.”

Virtanen would probably not have agreed. While he acknowledges the rapidly growing world population as a big challenge to humanity, he points out that agricultural efficiency has been advancing at a pace more than adequate to meet this challenge. To corroborate this, he gives several examples of scientific advances and success stories that lead to boosts in agricultural efficiency.

In the middle of the 19th century, for example, it became clear that plants obtain all carbon required for their growth from aerial carbon dioxide and that only nitrogen and minerals are taken up via soil. This paved the way for efficient fertilization. Soon after, the problem of the depletion of nitrogen containing minerals usable for fertilizer production was solved by the Haber-Bosch method (1918 Nobel Prize in Chemistry to Fritz Haber). This method, which is still extensively used today, allows for the industrial scale synthesis of ammonia (and thus nitrogen containing mineral salts) from gaseous nitrogen. Yet another advance in fertilization was made when the role of micronutrients like boron, copper, manganese, molybdenum, zinc or iron for plant growth became apparent. Motorisation, pesticide use and breeding of higher yielding plant varieties are further efficiency-increasing factors.

After his historical review, Virtanen takes a look forward. He points out that algae could be the nutrient source of the future, because they make use of the available light much more efficiently. He also mentions phytohormones (the gibberellins) as potential growth enhancers for crops. Both algae and the gibberellins are used for agricultural purposes today. From a modern perspective, genetically modified crop varieties can also be added to the ever-growing list of agricultural innovations.

Summing up his talk, Virtanen confirms his conviction that, on a global scale, mankind will not have problems ensuring sufficient food supply. According to him the main danger lingers in the negative effects of mass society on human dignity and individualism. While differing in opinion on the issue of food, Christian de Duve and Artturi Virtanen would probably have agreed on that.