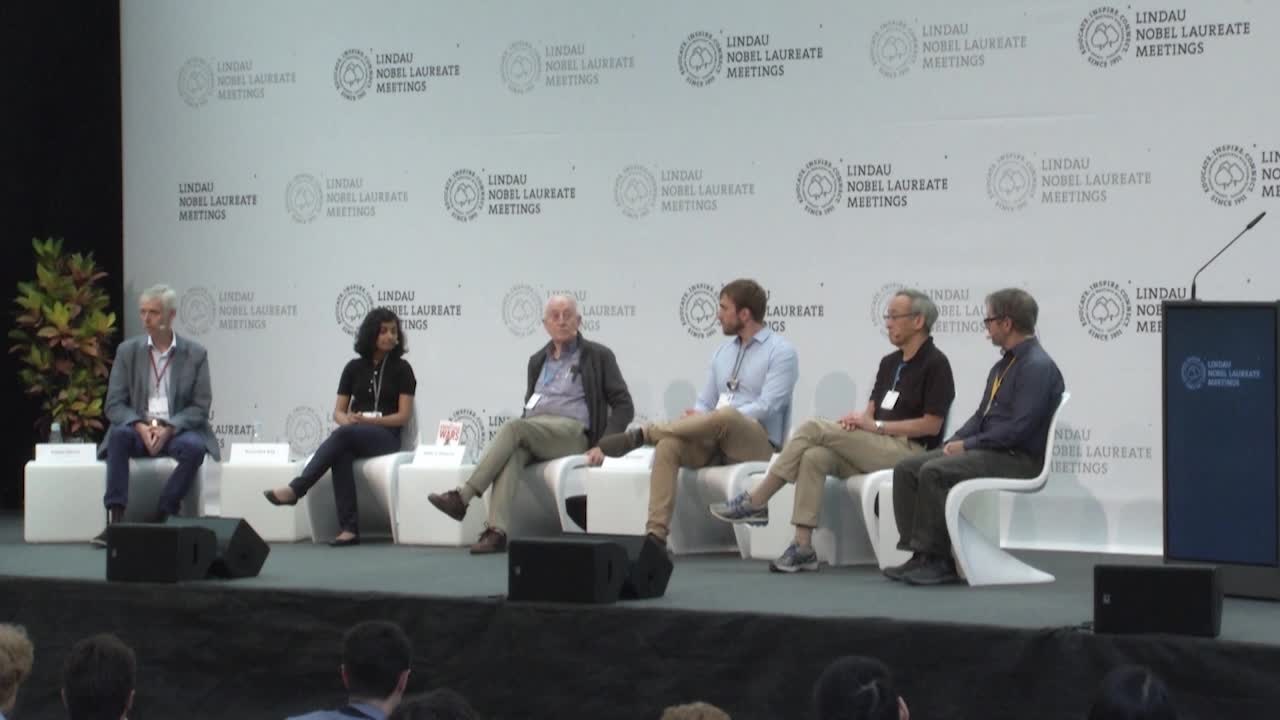 During the Opening Ceremony of the 67th Lindau Nobel Laureate Meetings in 2017, Countess Bettina Bernadotte stated:
“The scientific dialogue is a very special one, as it can easily transcend barriers such as nationality, religion, gender, ethnicity, and many others. The reason for that is the scientific principle of relying on provable, observable facts, instead of beliefs and ideology. The reason for that is also that science relies on questions: One needs not only to question the world as such to be able to make discoveries but also to constantly question oneself. Every theory is only true as long as it is proven wrong, and that usually happens when someone starts questioning assumed truths. […] Scientists cannot ignore what is currently happening: There is no such thing as splendid isolation in today’s world. There are no “alternative facts“ in our world. There is “true”, “false”, and of course there is also “uncertain”, “complex”, or “unknown”. But to negate the scientific principle and claim that false is true, and complex is false, is actually the end of science. Let there be no doubt: The erosion of the scientific principle is a political, ideological strategy, and it was George Orwell who so famously described how it works.”
One year later, this panel discussion will explore where the scientific community stands today in its fight against a “post-factual” world. Which strategies worked, which did not, and what needs to be done for the future?