Trace Gas Chemistry in the Cities and Over the Oceans 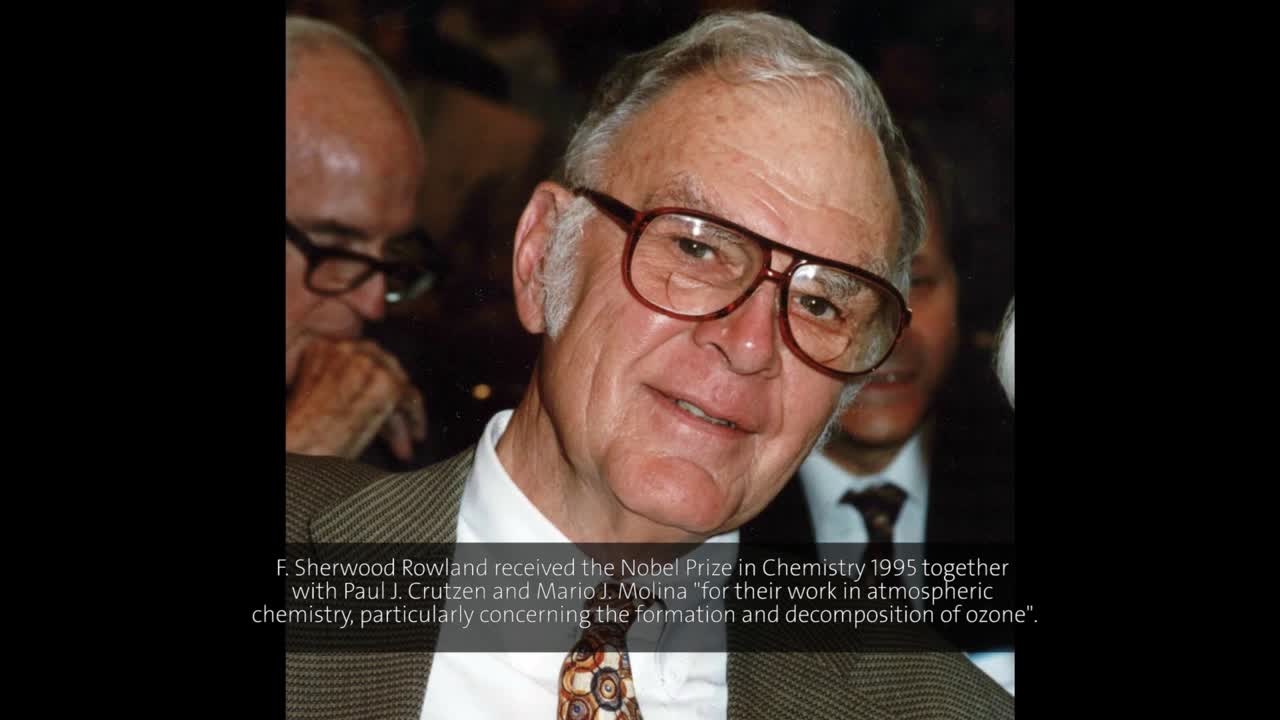 The Nobel Prize in Chemistry in 1995 was awarded in equal parts to Paul J. Crutzen, Mario J. Molina and F. Sherwood Rowland “for their work in atmospheric chemistry, particularly concerning the formation and decomposition of ozone”. All three laureates are well-known to audiences at the Lindau Nobel Laureate Meetings. Rowland passed away in 2012, and this lecture was the first of five he would give in Lindau.

The depletion of ozone in the stratosphere by accumulating amounts of chlorofluorocarbons (CFCs) became well-known in 1974, partly through the work of all three laureates, and prompted the Montreal Protocol, agreed in 1987, which effectively banned the use of CFCs. In hindsight, this was only the beginning of extensive public interest in atmospheric science, the precursor to the more complex problems of greenhouse gas emissions and global climate change, which Rowland mentioned during his lecture.

In this talk, Rowland focused on air pollution in both cities and rural areas – particularly in the tropical regions of Africa and Asia, and the resulting increase in tropospheric ozone. As Rowland explained, in order to create more ozone in the troposphere, you need hydrocarbons, nitrogen oxides and sunlight. The source of almost half of nitrogen oxide is vehicle use, as an end product of fuel combustion, and the resulting brown haze is particularly visible in cities with heavy traffic such as Los Angeles, or Santiago in Chile. But there is another source of tropospheric ozone, detected in areas where there are very few vehicles, which is agricultural burning in the tropics. This is a common practice in many areas, and the burning of biomass generates substantial smoke clouds which can affect people at considerable distances from the fires.

Rowland concluded the lecture by commenting on the surge in population growth, noting that it’s not so much the number of humans populating the planet that’s crucial, but the affluence of humans, which affects the shrinking of natural resources and contributes to a variety of pollution problems.

Migrating smog has begun to pollute the skies over oceans in the southern hemisphere, resulting in tropospheric ozone levels near remote islands that would "trigger a first-stage smog alert" in Los Angeles. Tropospheric ozone thus may be reffered to a major atmospheric problem for the 21st century. Long-lasting plumes from biomass burnings -- the practice of burning to clear woodland or brush from the land -- travel across Africa and Australia to bring higher smog levels within rage of remote loca7ions in the southern oceans, such as Fiji. Tropospheric ozone is a key, harmful part of the photochemical smog found in major cities throughout the world, often as the result of congested vehicular traffic. However, in some cities such as Mexico City and Santiago, Chile, use of liquefied petroleum gas for heating and cooking also can contribute significantly to ozone formation. At elevated levels, it can cause breathing difficulties, increase the risk of asthma attacks, and adversely affect the growth of trees, shrubs, and cash crops ranging from vegetables to orchids. Wheter you're in a congested city such as Los Angeles or the seemingly pristine environment of the south seas, the chemistry behind tropospheric ozone remains the same: You need hydrocarbons, nitrogen oxides and sunlight. In the tropics, burning forests give off hydrocarbons and the high temperatures create nitrogen oxides, and there is plenty of sunlight. The data reported stem from a variety of studies, many of which have not yet been published. Some surprising findings have originated from comprehensive NASA aircraft experiments involving a dozen different research groups. In locations more famous for their isolation than their air pollution -- such as Easter. Island, the Galapagos Islands, and Ascension Island -- the NASA researchers detected significant ozone concentrations that can be traced back to biomass burnings on distant continents, indicating that the smog created by the burning is long-lasting and migrates great distances. In 1996, for example, two research planes flying in the South Pacific encountered ozone from biomass burning on 50 percent of their flights. One airplane flew through a plume of Smog about 500 miles north of Fiji in which ozone readings reached 131 parts per billion (ppb). The pollution had traveled over Australia, with the major contributors of ozone likely coming from as far away as Africa. Yet, by the time it reached the south seas, its ozone concentration was high enough that you would say this is a violation of the EPA regulations, if it occurred in the continental U.S. Harmful ozone levels remain higher in the northern hemisphere around the world, compared to the southern hemisphere.