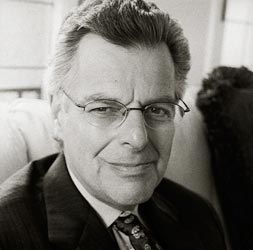 Myron Scholes shared the 1997 economics prize with Robert Merton for devising a new method to determine the value of derivatives. In collaboration with Fischer Black (1938–95), they developed a pioneering formula for the valuation of stock options that generated new types of financial instruments and facilitated more efficient risk management in society.

Attempts to value derivatives have a long history. Since at least 1900 researchers handling stock prices and interest rates were hampered by the fact that risk premia were not dealt with in a correct way. The value of an option to buy or sell a share depends on the uncertain development of the share price to the date of maturity. Assigning a risk premium is difficult, in that the correct risk premium depends on the investor’s attitude towards risk. Black, Merton and Scholes simplified matters by showing that it is not necessary to use any risk premium when valuing an option. Instead it is included in the stock price. In 1973, Black and Scholes published what has come to be known as the Black-Scholes formula. Thousands of traders and investors now use this formula every day to value stock options in markets throughout the world. Besides their valuation method, Scholes has clarified the impact of dividends on stock market values, together with Black and Merton Miller.

Scholes was born in Timmins, Ontario, in 1941, and the family moved to Hamilton, Ontario, when he was ten. His mother, whose family owned a string of general stores, died when Myron was 16, but not before instilling a love of business and finance – he was playing the stock market while still at high school. From school, Scholes progressed to McMaster University in Hamilton. He was a good student and a good listener – having developed a sight defect that was late rectified with a corneal transplant. He graduated in 1962, and went on to the University of Chicago, adding computer programming to his studies. He earned an MBA in 1964 and PhD in 1969. He then became an assistant professor of finance at the Sloan School of Management at MIT, where he met Fischer Black, and was soon joined by Robert Merton.

Scholes returned to Chicago after visiting for the 1973–74 academic year, where he continued to collaborate with Black and Miller. In 1981, he visited Stanford University and became a permanent faculty member in the Business and Law School in 1983. In 1990 he became a consultant to Salomon Brothers, Inc, and in 1994, he joined with several colleagues, to become a principal and co-founder of a firm called Long-Term Capital Management. In 2005, Scholes and his partners were implicated in a case of tax fraud, to the tune of $106 million. He is professor emeritus at Stanford University since 1996 and has two daughters.