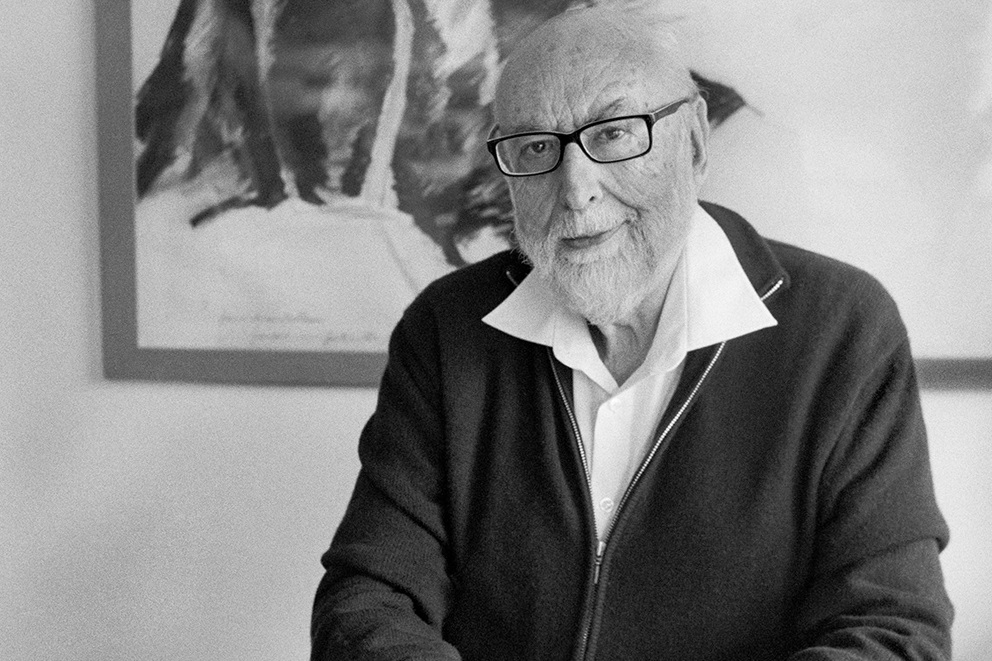 From the late 1960’s through the 1970’s, physicists realized that two fundamental forces, i.e. the weak force and the electromagnetic force, can be described by a unified theory which is now the basis of the standard model in particle physics. How particles acquire mass in the framework of this theory is derived by the so-called Brout-Englert-Higgs mechanism, which was first proposed by Brout and Englert in August 1964 and some month later by Higgs.

Englert and Higgs shared the 2013 Nobel Prize for “the theoretical discovery of a mechanism that contributes to our understanding of the origin of mass of subatomic particles, and which recently was confirmed through the discovery of the predicted fundamental particle, by the ATLAS and CMS experiments at CERN’s Large Hadron Collider”. Unfortunately, Brout passed away in 2011 and could not share the reward.

According to modern physics, matter consists of a set of particles that act as building blocks. Between these particles lie forces that are mediated by another set of particles. A fundamental property of the majority of particles is that they have a mass. Brout and Englert showed in 1964 that gauge vector fields, abelian and non-abelian, could acquire mass if empty space were endowed with a particular type of structure that one encounters in material systems. The team of Francois Englert and Robert Brout and independently Peter Higgs proposed a theory about the existence of a particle that explains why other particles have a mass. In 2012, two experiments conducted at the CERN laboratory confirmed the existence of this particle.

Baron Francois Englert spent much of his early life in hiding. His parents and his brother had emigrated from Poland in 1924 at the end of the ‘great migration’ of east European Jews fleeing anti-Semitism. Francois was born in Etterbeek, Belgium, in November 1932, just before the Nazis came to power in neighboring Germany. He was just seven years old when the German army, having invaded Poland the previous year, marched into Belgium in May 1940. François says that he was “quite aware of the situation” and that persecution “came gradually”. For two years life continued more or less as normal but then orders were received for all Jews to wear the Star of David to mark them out. A few months later the Nazis began rounding up the Jews, herding them on to cattle trains and deporting them to concentration camps for slaughter.

Although their relatives in Poland were all killed, by luck and guile the Englert family in Belgium survived but had to split up and go into hiding, harboured by local families. Francois pays tribute to his protectors, Camille and Louise Jourdan, who owned a cafe in Lustin in the Ardennes, and their daughter Yvonne whose piano lessons were, he said: “like a glimmer of hope in a world of desperation”. Later, after informers denounced his family, they had to move but Francois was reunited with his parents and brother in the village of Annevoie, where the local priest presented them as Christians and even baptized Francois so he could attend the local Catholic College “Notre-Dame de Bellevue” in Dinant and enrolled his brother at a seminarist school as if preparing him for priesthood.

After the war, life returned to some semblance of normality. Francois excelled at maths, and was prompted to study for a career in electromechanical engineering at the “Universite Libre de Bruxelles”, graduating in 1955. Feeling more theoretical than practical, however, Francois elected to switch to physics, working as assistant at the ULB to fund his masters (1958) and PhD (1959). For the next two years he worked at Cornell University in Ithaca, New York, first as a research associate of Robert Brout and then as assistant professor. Although offered his own professorship he decided to return to Belgium, where he was soon joined at the ULB by Brout, who eventually took Belgian citizenship.

From 1980 the two men coheaded the theoretical physics group. In 1998 Englert became professor emeritus. He is also attached to Tel-Aviv University in Israel as “Senior Professor by Special Appointment”. He is married to Mira Nikomarow, his third wife, and has five children: Michele, Anne and Georges from his first marriage with Esther Dujardin and Sarah and Hélène from his second wife, Danielle Vindal.